While many people think Ravichandran Ashwin should not be picked in the Indian XI on the England tour, Graeme Swann has a different opinion. Swann reckons Ashwin should be the first choice for India as a specialist spinner simply for the experience and the skill that he has. 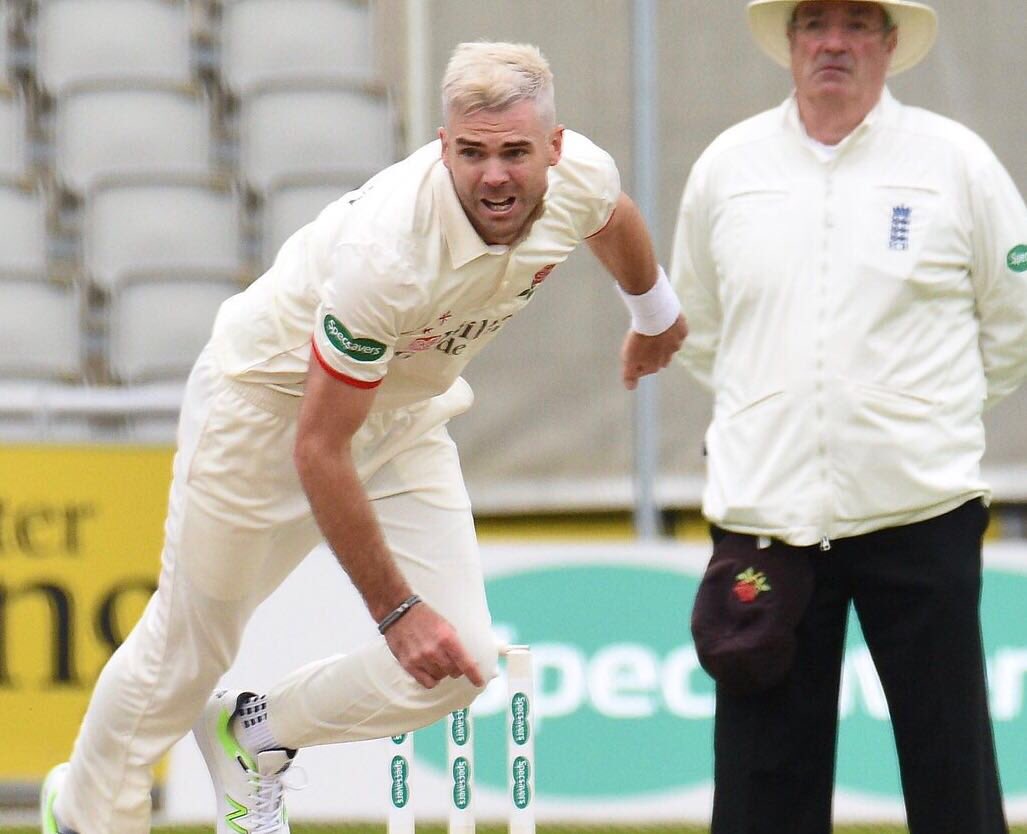 The general perception about Ashwin is that he is at his lethal best when the wicket is dusty and it spins and is not very good when the wicket is flat and the ball doesn’t spin. While the wickets in India provide ample support for him right from day 1, it’s not going to happen in England and hence he won’t be of much use. END_OF_DOCUMENT_TOKEN_TO_BE_REPLACED
September 4, 2017 | index | Ireland Cricket

ViratKohli’s shoulder injury he sustained in the Tests against Australia might keep him from the start of the Indian Premier League 2017.

The captain of the Royal Challengers Bangalore would need time to recover full fitness ahead of the start date of April 5.

Royal Challengers are set to play defending champions Sunrisers Hyderabad in the season opener. However, the club would have to decide if they want to risk him for the game or let him sit it out.

“It’s still a few weeks to go before I can be 100 percent on the field. But these things happen in your career. Got to take in my striker and move forward,” the star said after the Dharamsala Test.

Virat Kohli is battling fitness concerns ahead of the start of the Indian Premier League but there are other stars that have been declared unfit to start.

The Ranchi Test in Australia was where Kohli picked up his shoulder injury. He would undergo assessment in the second week of April to determine if he could return, according to reports.

Murali Vijay featured for Kings XI Punjab last year but he is set to undergo surgeries in his right wrist and left shoulder. These would surely keep him out of the game for a while.

BCCI says that Ravichandran Ashwin will undergo at least six weeks of rehabilitation after he complained of groin problem. This means he would be out for the whole tournament duration.

Ravindra JAdeja was the leading wicket taker in the series against Australia. He has been sidelined for a fortnight as he injured his spinning finger. Gujarat Lions would surely miss his exploits. He is the second all-rounder behind Kapil Dev after he scored 500+ runs and taking 50 wickets in one season. He was heavily spent after last season where he bowled 4000+ deliveries and picked up 71 wickets. Ian Bell is hopeful that a positive stretch in the Big Bash League with Perth Scorchers will reignite his England International aspirations. Bell will be expected to participate actively for the Scorchers, playing a key role in their top three.

However, with England’s 3-0 whitewash in the Indian Test series with a non-firing middle order, Bell is desperate to make a comeback into the national side.

He had been left disappointed after he was axed due to failing to score a century in 23 Test innings. He however believes he still has more to give, and having captained Warwickshire through the English county season. Bell is hoping that a standout campaign at the BBL will help remind the selectors of the plethora of talents he possesses.

The Rising Pune Super Giants probably had a little too much of orthodoxy in their top order in this year’s IPL which might have harmed them.

If you look at their opening pair and then, number three and number four in the first half of the tournament, they were all orthodox players.

In the shortest format, sometimes, when you are chasing down a big total or even playing at places where the par scores happen to be pretty high, say in excess of 180-200, you need to score at much higher than a run a ball from start to end.

However, when you go with technical batsmen, they don’t play the boundary shots as often as they should because they over-emphasize on the correctness of the batting.

They don’t even think about the cross batted hoicks and swipes which, from the test Cricket’s point of view, is a very good batting quality, but, in T20 or 50-over Cricket, not so much because in those formats it’s important for you to come up with those shots every once in a while.

With Pune, there was always a lull in their innings in between 6 to 15 overs with the fours and sixes hardly making any appearance and the 15-20 runs that they were scoring lesser in that period were making them lose games as it was only that much of margin that they were losing.

There are a lot of negotiations being made at the Essex County Cricket Club at the moment with Ronnie Irani, the ex-England all rounder, being give the charge of the Cricket committee, Christopher Silverhood replacing Paul Grayson in caretaker capacity as head coach and Ravi Bopara agreeing to prolong his association with the club finalizing a contract extension recently.

Essex’s last season was far from being a successful one for them. They were hoping to be able to make it to the top flight in the county championship, but, they failed to do so.

They would have made up for that a little bit if they had been able to produce better returns in  white ball Cricket, but, they would be pretty disappointed with the fact that they crashed out in Round of 8 in both the 20-over and 50-over competitions as well.

So, it wasn’t tough to guess that there would be some reactions by the top brass at the club. The first person whose position came under the pump was Grayson and eventually, he had to vacate his post by mutual understanding with the board.

According to Bopara, Grayson’s departure is pretty emotional for him as well as some of his teammates as he was a guy who was close mates to almost everyone and his guidance was invaluable. But, it’s always important in life to move ahead.

Jason Roy scored a stroke filled half century at Old Trafford against Australia on Tuesday.

However, he would be disappointed that he could not make it big.

It was for the third time in a row in the series that Roy had got a fantastic start and was looking all set for the three figure score.

He was hitting the ball sweetly and no Aussie bowler was posing any sort of challenge to him.

But, in the 15th over of the game, when England’s score was 86, Roy came down the track to the debutant left arm spinner Ashton Agar and tried to play an inside out shot, but, he got too close to the ball and was unable to open his shoulders freely to get the elevation that was needed.

He ended up just chipping the ball towards the short extra cover at a catchable height, but, with the force of the bottom hand, he had managed to put some power into it.

However, fielding there at that position was Australia’s best fielder Glenn Maxwell who, after fumbling a little bit, completed the catch and Roy was off to the pavilion.

From the team’s point of view though, Roy had done his job already with that knock in which his strike rate was about 140.

The batting position of Gary Ballance is one of the big talks in the English media at present.

There are very few who are backing the Yorkshire left hander to keep batting no. 3 in the ongoing Ashes series.

But, Ravi Bopara reckons the kind of record Ballance has, people should not write him off.

In the words of Bopara, “Gary has shown he has the skills to grit his way through the new ball. If you see his record, he averages more than 50 and he has batted 3 for most parts of his career so far. Australia, of course, is one of the best bowling units and they pose a different challenge, but, still, I would say Gary has it in him to do well against them.”

Bopara himself has also had the opportunity to bat one down in an Ashes series.

When the Kangaroos had toured England in 2009, Bopara was slotted in the top order by the team management because of his brilliant form in domestic Cricket that season.

But, he turned out to be a failure and eventually found himself out of the team towards the end of the series.

His test career never recovered from there.

He played a few test matches after that batting in the lower middle order, but, didn’t manage to establish himself in the team.